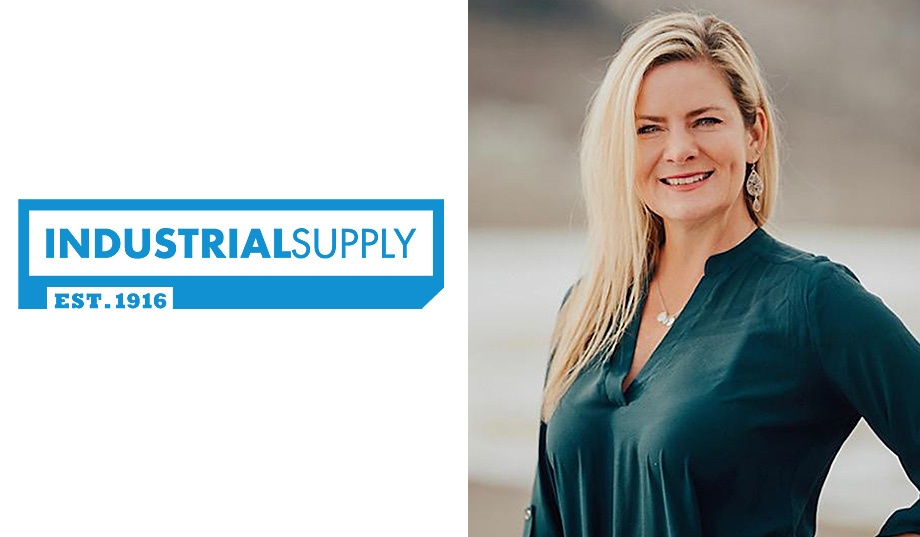 January 19, 2022 – On Friday, Industrial Supply Company’s CEO Chris Bateman, announced that the Board of Directors named Jessica Yurgaitis as President of the 106-year-old business. Currently the Senior Vice President of Marketing and Product Management, Yurgaitis is the company’s first woman to take on this leadership role.

Bateman expressed enthusiasm about Yurgaitis’ appointment noting, “Jessica has served faithfully and successfully in numerous roles within the company and knows the business and our industry inside out. Jessica has demonstrated strong leadership and commitment to the company’s core values which will ensure our business thrives for generations to come,” he said.

During her almost 25 years at Industrial Supply, the company has witnessed significant growth, both within the company and in the Intermountain West. As a member of the Executive Team and the Board of Directors, she had made certain that throughout this time of change, the company remained relevant and never lost its commitment to personalized customer service and strong vendor relationships.

Yurgaitis follows Randy Evans, who remains Co-Chairman of the Board of Directors. He will remain actively involved in the company in that role.

“Jessica will be a great leader for Industrial Supply now and in the future,” said Mr. Evans. “I support Jessica as we begin the process of preparing the company for future success, supported by a highly educated and capable team, said Evans.

For her part, Yurgaitis is honored by the trust the Board has placed in her, and she looks forward to supporting the company’s mission as its President. “From warehouse workers to members of the executive office, we have such a strong team, and I am very grateful to be a part of it,” she said.

Yurgaitis’ appointment continues the company’s legacy as a family-run business. She is the great-granddaughter of Industrial Supply’s founder, Rudy Orlob, and is part of the fourth generation of company leadership.

Industrial Supply Company has served the construction, manufacturing, mining, government and industrial community since 1916. This Utah based maintenance, repair and operational, and production (MROP) distributor has seven locations in the Intermountain West, which serve Wyoming, Nevada, Utah and surrounding areas.