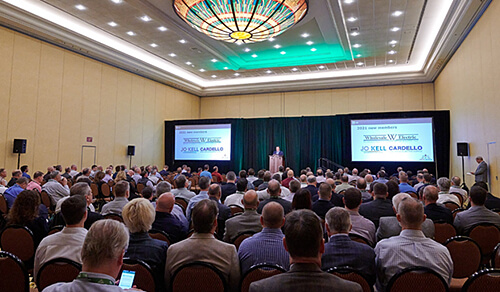 Grapevine, Texas – Bringing together AD’s oldest division with one of its newest, the 2021 AD Electrical-US. and Mexico North American Meeting spotlighted the unique strengths of AD’s independent distributor community. Held Oct. 25-27, the meeting gave attendees from both countries a chance to celebrate a successful year and look ahead to new opportunities for growth.

During member business updates, AD leaders shared that both divisions are on track to see record performance in 2021. In the U.S., member purchases from AD suppliers are forecasted to increase more than 30% over 2020. Noting that member earnings are driven largely by the level of participation with AD suppliers, AD Electrical-U.S. Division President Dave Kinsella issued a call to action for divisional members.

“AD is winning,” Kinsella told members. “We’re continuing to attract market-leading, fiercely independent members who truly excel in a highly competitive and consolidating industry.” Kinsella told the gathering he’s asking three things of the division, today and looking forward. “Engage, participate and grow. These three elements are paramount to the success of the group and each of our individual members. Together they should be our collective North Star.” 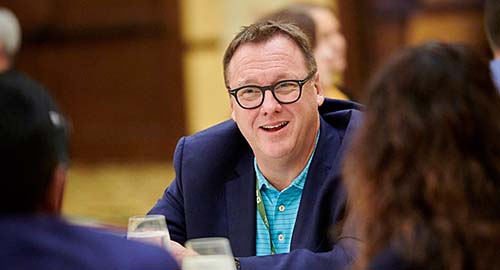 The AD Electrical-Mexico division is expecting member purchases from AD suppliers to increase by more than 20% this year, after seeing growth every month since the division was launched in 2014. Member rebates are growing at a similar pace. AD Electrical-Mexico Division Director Juan Carlos Zacarías credited the growth to members’ inherently strong positioning as well as an ever-improving mix of suppliers, products and incentive programs.

Celebrating the division’s steady progress, Zacarías encouraged members to use the North American Meeting to build new supplier relationships and strengthen existing ones.

“Take this opportunity to learn what new suppliers have to offer, identify opportunities for growth and strategize ways to increase market share,” Zacarías said. “Let’s show them AD has the best potential for growth in the Mexican market!”

The Mexico team also presented the results of an internal member survey, showing that more than half of members expect to expand and increase their participation with AD suppliers in 2022. In addition, over 65% believe they'll see double-digit growth in their businesses, primarily through capturing market share, in contrast to a forecast of 5% growth for the Mexican economy overall. 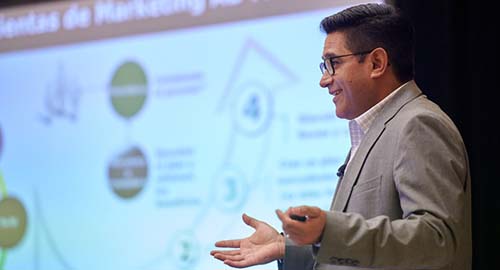 Speaking to both members and suppliers, AD Electrical and Industrial Business Unit President Jack Templin pointed to business unit synergy as a core strength of the AD community. As Templin described it, the success of AD members and supplier partners is built upon collective resources, collaboration and best practice sharing and adoption by the industry’s leading independent distributors and manufacturers.

“How do we make sure you're in the best position to maximize your earnings from AD? By sharing the best-performing programs in each division across the business unit,” said Templin. “We’re constantly working to optimize the experiences between divisions.”

Templin also noted the importance of member-led governance in enhancing synergy and collaboration. “Governance is critically important, to ensure our member owners are actively involved in leading our divisions,” Templin said. “We’re seeing more and more members stepping up as owners, taking the reins of the organization.” 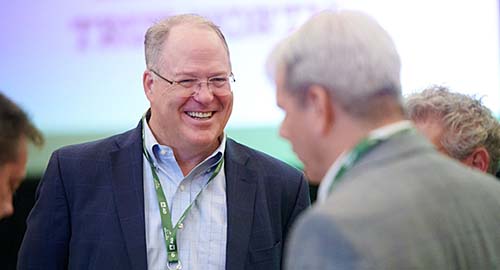 Joanne Moss, director of marketing at Standard Electric Supply Co., explained why the sessions stood out. “I love it when I get new ideas and actionable items that are practically laid out,” Moss said. “Plus, the manufacturers are really listening to feedback from the distributors. As a distributor, that's very valuable to us.” 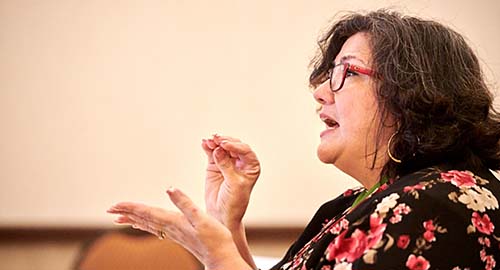 Another all-new event feature was channel partner roundtable sessions, in which members and suppliers co-hosted small group working discussions. Developed in response to feedback from prior events, the roundtable sessions focused on areas where AD members and suppliers have operational and technical expertise, including emerging technologies, purchasing and supply chain, and sales management. Participants shared knowledge related to strengthening partnerships, servicing customers and stimulating growth.

A new special reception was added this year, welcoming women in industry. This was in addition to the emerging leaders’ reception. Both programs help members build relationships and share valuable perspectives on business and leadership, in line with AD’s mission to foster learning, networking and growth. 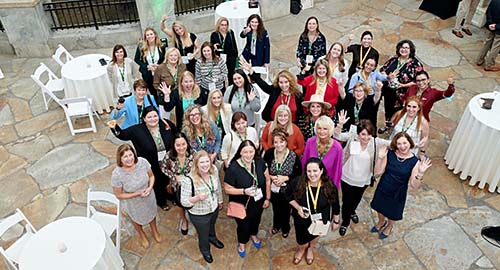 The power of vision and leadership
Member engagement through service on boards and committees is a cornerstone of the AD community. Both the Mexico and U.S. divisions recognized retiring board members for their service, expressing gratitude for the vision, contributions and sacrifice that have been instrumental in driving the success of the entire AD community.

Reflecting on the extraordinary emotional and economic challenges AD members and suppliers successfully overcame together, Weisberg suggested that the AD community take time to explore their own personal, professional and organizational true north, this year’s meeting theme. Weisberg told the gathering he stays oriented toward true north by focusing on faith, family and doing what’s best for others.

In thinking about record performance this year, Weisberg encouraged, “When we celebrate our record year, let's do it with humility and a grateful heart. There's work still to be done, and new mountains to climb. I'll never forget how lucky I am to know and do business with you all. You inspire and motivate me and the people at AD through your wisdom and entrepreneurial spirit.” 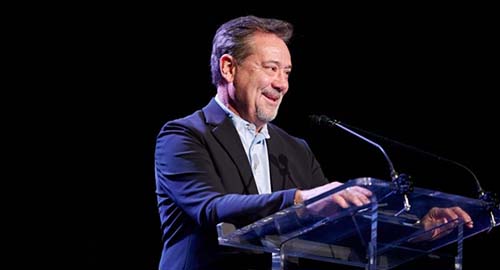