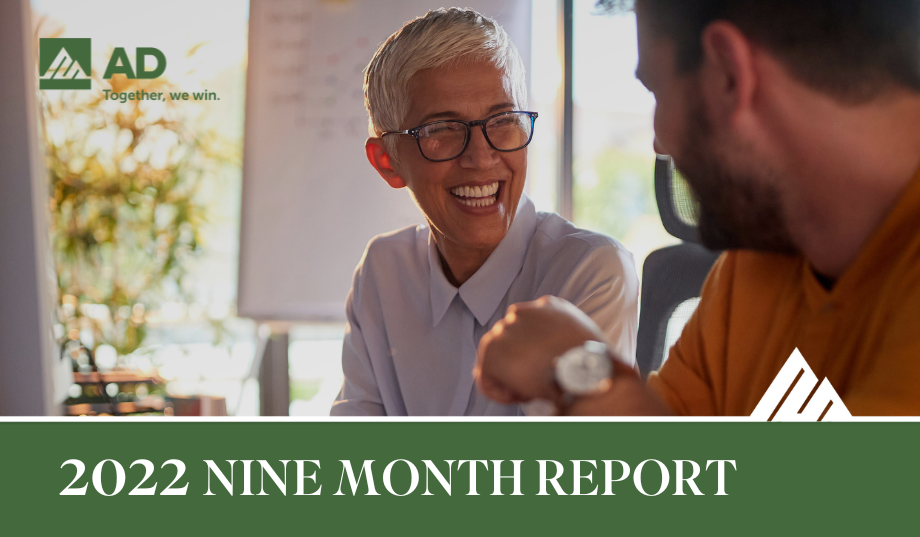 Same-store sales increased 22% through nine months. Purchases by member companies from AD suppliers are up 27% to $15.2 billion. Net distributions to AD members increased by 38% to $924.5 million.

The addition of AD Building Supplies – Canada as AD’s 14th division, as a result of AD’s merger with Torbsa in July, is reflected in AD’s nine-month financial results. 53 members have joined AD through nine months, including 26 through the merger. An additional 66 companies were purchased by existing AD members and brought into the group.

“The AD community has had an incredible year so far and we’re confident in a strong close to 2022,” said Bill Weisberg, AD Chairman and CEO. “With our owner/members and supplier partners committed to collaboration and the long-term success of independent businesses, I continue to see a bright future ahead.”