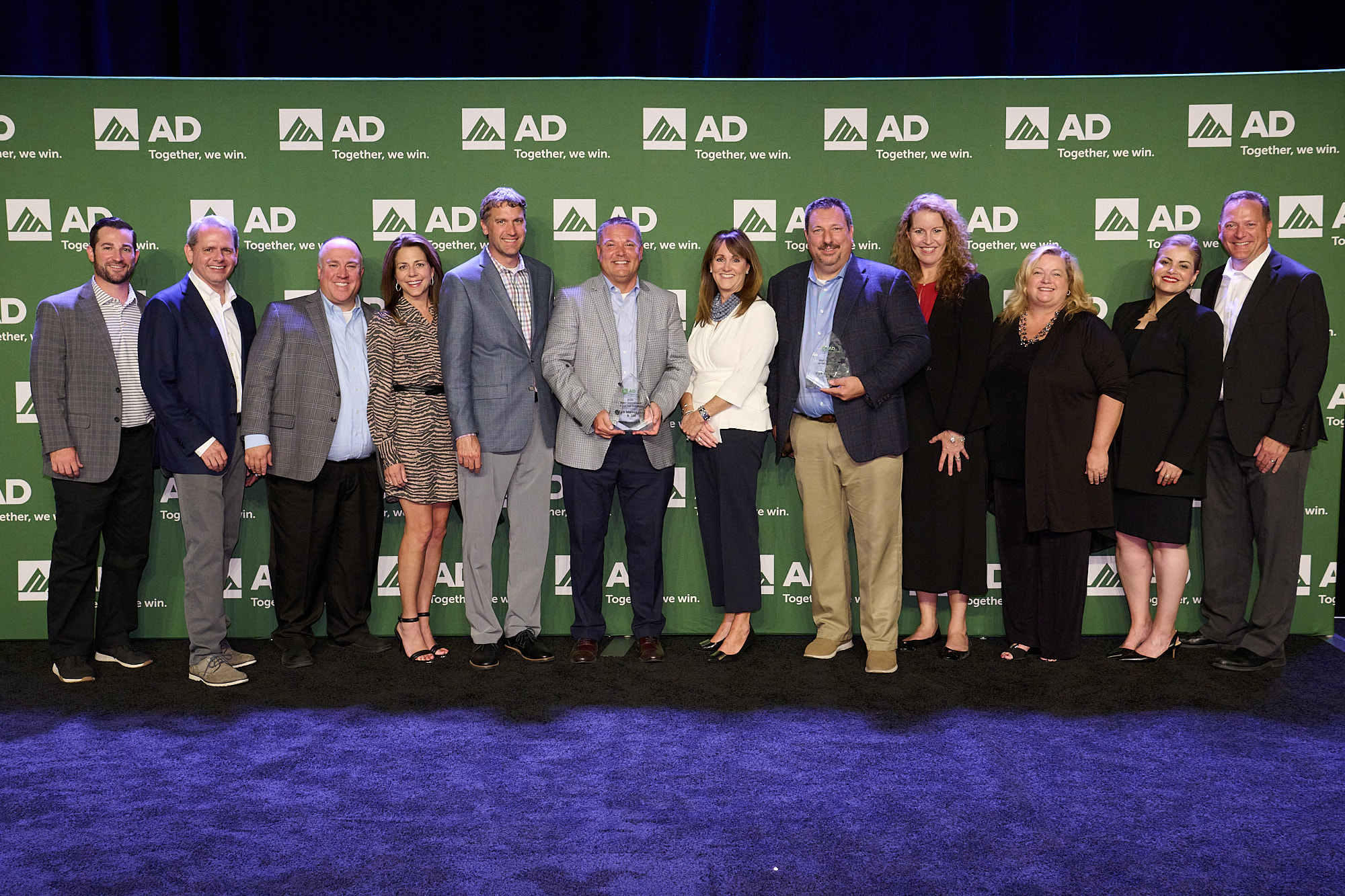 • 2022 AD Electrical – Canada ALL IN Member of the Year: Franklin Empire

AD Supplier of the Year awards celebrate supplier partners who engage with and are supportive of the AD community. Winners of these awards have increased purchases from members, incorporated powerful sales incentives, widely participated in AD programs, and made strong use of marketing activities. The following supplier companies were honored during the ceremony:

During the ceremony, AD also presented the Best Workplace Recognition to member and supplier companies that achieved an overall engagement score of 85% or higher on a third-party engagement survey or are recognized regionally or nationally as a “best place to work.” The 2022 AD Best Workplace Recognition recipients are Atkore, Alen Intelligent, Bell Electrical Supply, Bricos, Electric Supply & Equipment Company, Kendall Electric Supply, and Risoul.

AD’s MVP Award honors an individual who goes above and beyond within their company to strengthen their commitment to AD and lead initiatives that create market growth. The 2022 MVP Award winner is Dave Davis, CFO for Schaedler Yesco Distribution, who coordinated his company’s sales and purchasing teams to meet their rebate goals with AD and contributed best practices during AD MAX to support fellow AD Electrical – U.S. members.

The final award of the night, presented by AD Chairman and CEO Bill Weisberg, honored a member or supplier for their giving back initiatives within their community and for empowering their employees to give back.

“To serve others is a core value at AD, and every company that gives back to their community and works to make a difference for others is a winner,” said Weisberg. “The AD membership and supplier community have shown their passion over the years to inspiring their teams to be engaged and contributing to incredible community organizations.”

This year, Dakota Supply Group received the AD Giving Back Award for their partnership with Together We Rise for a project providing 100 bikes to children in foster care in Minnesota.