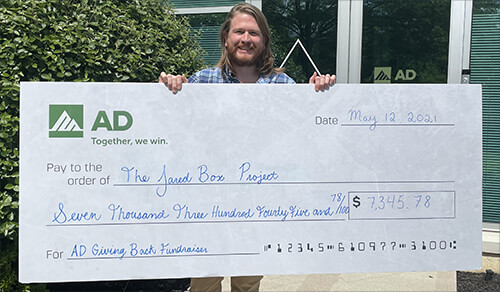 AD associates host cut for a cause fundraiser, surpass fundraising goal and successfully raise over $7,300 for The Jared Box Project

AD is pleased to share that its over 150 associates have successfully fundraised over $7,300 for charitable organization, The Jared Box Project, in support of their upcoming company-wide giving back event.

In planning the event, scheduled to take place in June 2021, AD’s Giving Back Committee established a fundraising goal of $5,000 to support The Jared Box Project. The funds will be used to purchase the materials needed to assemble boxes of ‘play’ that will be donated to hospitals across the U.S., Canada, and Mexico to help lift the spirits of children in these hospitals.

The AD Giving Back Committee is a volunteer group of AD associates representing all AD departments and countries, whose mission is to coordinate giving back opportunities for AD associates and raise awareness for different needs and charitable organizations. Throughout the year, they assist in planning and executing fundraisers, in-person and virtual company-wide events, and smaller-group community time off days that associates can participate in. This work is consistent with the “give back” fundamental, part of The AD Way value system.

To help meet their fundraising goal, the committee hosted multiple fundraisers early in 2021 including a Master’s Tournament Pool, Superbowl Squares, and a March Madness pool, which cumulatively raised over $900.

To inspire additional donations, VP of Finance and AD Giving Back Committee member Dave Turner generously volunteered to cut his hair, which he let grow throughout 14 months of the pandemic, if enough funds were raised. After several pleas from associates to save his hair, the fundraiser was split and associates could vote to either ‘cut’ or ‘keep’ if they donated. In less than a week, associates donated over $6,500 and overwhelmingly voted for Turner to cut his hair. 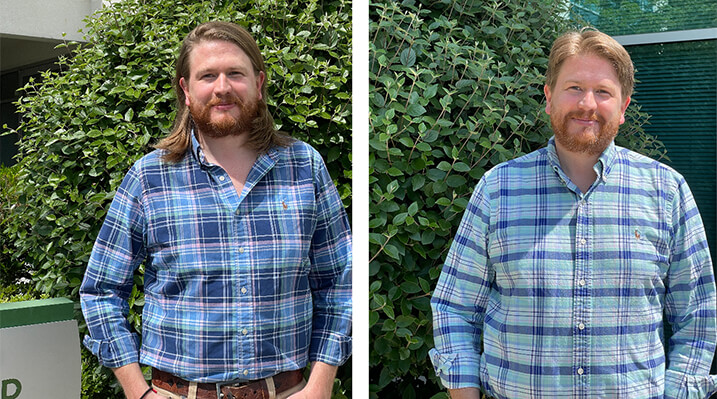 Pictured: David Turner, AD VP of Finance before and after the haircut.

“My involvement in this fundraiser started as a bit of a laugh, but I’m thrilled that we were able to surpass our goal and thankful for the associates whose generosity allowed us to raise the money needed for The Jared Box Project,” Turner commented. “The committee did an excellent job running this fundraiser and we are all looking forward to a productive giving back event in June where we expect to assemble over 1,000 Jared Boxes for donation.”

An update will be provided in June to share the results of AD’s company-wide giving back event.

About The Jared Box Project

The Jared Box Project was founded in 2001 by the children of Our Lade of Victory School in State College, PA to honor their classmate and friend, Jared, who had lost his battle with cancer. Their mission is to lift the spirits of children in the hospital by assembling and donating boxes of ‘play’, filled with toys and activities, as well as an inspirational message. Over 900,000 Jared Boxes have been delivered across the United States.