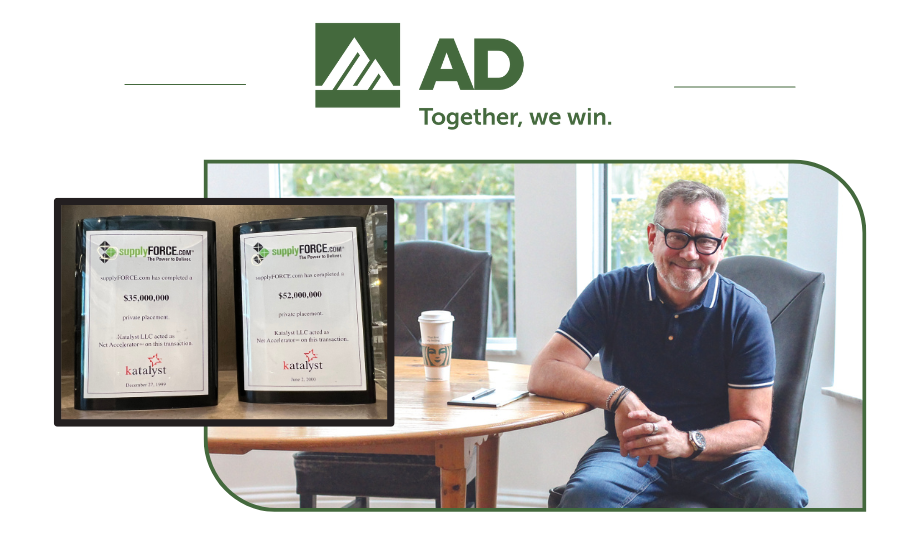 Don't Be Afraid to Fail

Two weeks ago, The AD Way cultural fundamental we studied encouraged us to “Deliver Results.” This week we are being encouraged to “Celebrate Success.”

Those are wonderful and important things. Our company’s tagline, “Together, we win,” reinforces these concepts. Without a doubt, results, success and winning are fundamental to who we are and what we do.

That said, if you and I were having a cup of coffee and talking about whatever it is that you’re currently working on, there’s a related message that I would likely share: “Don’t fear failure."

Failure is something we’d like to avoid for sure. We avoid it by doing our best and by getting as much help and insights from others as we can.

But like it or not, everyone, in all occupations and walks of life fails sometimes. And by everyone, I mean you, me, and everyone else!  We are all going to do something, sooner or later, that fails. Failure is part of life.

Aaron Judge plays outfield for the New York Yankees. In 2022 he had a historically great season. He led the major leagues in home runs, runs batted in, slugging percentage, total bases, on base percentage, and several other advanced metrics. But he also struck out 30% of the time and his performance in the post season dropped off significantly.

And so, while failing may not be something to celebrate, neither is it something to fear. In life, like in baseball, you can’t get a hit if you don’t take a swing; and truthfully, it’s the fear of failure that keeps people from giving their best effort, trying new things, and succeeding.

Every successful person I know has their own history of notable failures. I’m no exception.

On a shelf in my office, I keep deal “monuments” for the many mergers that AD successfully completed. Sandwiched between them I keep two monuments from one of my greatest failures.

Would you like to hear about one of my greatest failures? Of course, you would!

Back in the early nineties our members were losing business because national chains were bidding on contracts to service national customers and our members couldn’t compete individually because they didn’t have enough locations.

So, I figured, why not have our members bid on serving the contacts together?

Well, the problem with that idea is that to do it successfully they needed to agree on the prices they were going to charge the customer. And that’s not cool. When competitors agree on what prices they charge customers that’s called price fixing. People go to jail for that.

Not to be deterred, I applied to the U.S. Justice Department for an exception to the price fixing rule and after several years they granted us one. Wow! So far so good!

Then, after several years of operating the program as a department in AD, I made the decision it should become its own company with its own shareholders and – here’s where the problems really began – I looked to leverage the dot-com craze to raise funds and make all the investors a ton of money when we took it public.

The first part of my plan worked great.

I raised $35 million from AD members and suppliers in a matter of weeks. In fact, we had to turn back tens of millions of dollars because we were hugely oversubscribed.

Six months later, consistent with the IPO roadmap of that time, I did the next round of funding with financial investors (VCs) in order to give the company credibility on the street. And lo and behold, we raised another $52 million at an even higher valuation!

The second part of the plan, however, the part where we made everyone who invested a ton of money, that part didn’t work so well. In fact, it didn't work at all.

As we were building the company and burning through the cash we raised, the dot-com bubble burst and public market interest in companies associated with e-business evaporated. Poof!

So, there we were with little money left, no way to take the company public, no way to generate a return for our investors and no way to pay them back.

Talk about an embarrassing and public failure!

Faced with our grim reality, I paid our investors back whatever we had (it was pennies on the dollar) and turned the company into a member owned LLC that operates much like the department of AD did originally.

That company I created is called supplyFORCE and amazingly, it still exists. It survived all that initial trauma, and it continues operating to this day, because it provides a needed service. Starting the company was a good idea. Trying to make it into something that it wasn’t was a big mistake that resulted in many of our good members and suppliers losing money.

The reason I’ve shared that story with you today is threefold.

One, I want you to know that I know from firsthand experience that not everything works out despite our best efforts. (I keep those deal monuments in my office as a reminder).

Two, I want you to know that failure isn’t fatal – even when it’s very expensive. After all, AD and I are still here (along with the members and suppliers who lost money in supplyFORCE).

And three, I don’t want you to be afraid to try new things and give whatever you are doing your best shot.

Don’t go through life in fear. Don’t work with a fearful mindset.

Do you know what phrase appears in the bible 365 times? It’s “do not be afraid.” Apparently, that message is significant enough and so contrary to our natural inclinations that it needs a lot of repeating.

But let’s also take a confident swing when we step up to the plate, and let’s encourage and support each other when given the chance, regardless of the outcome.